We provide customers with quality products and provide high-quality services. 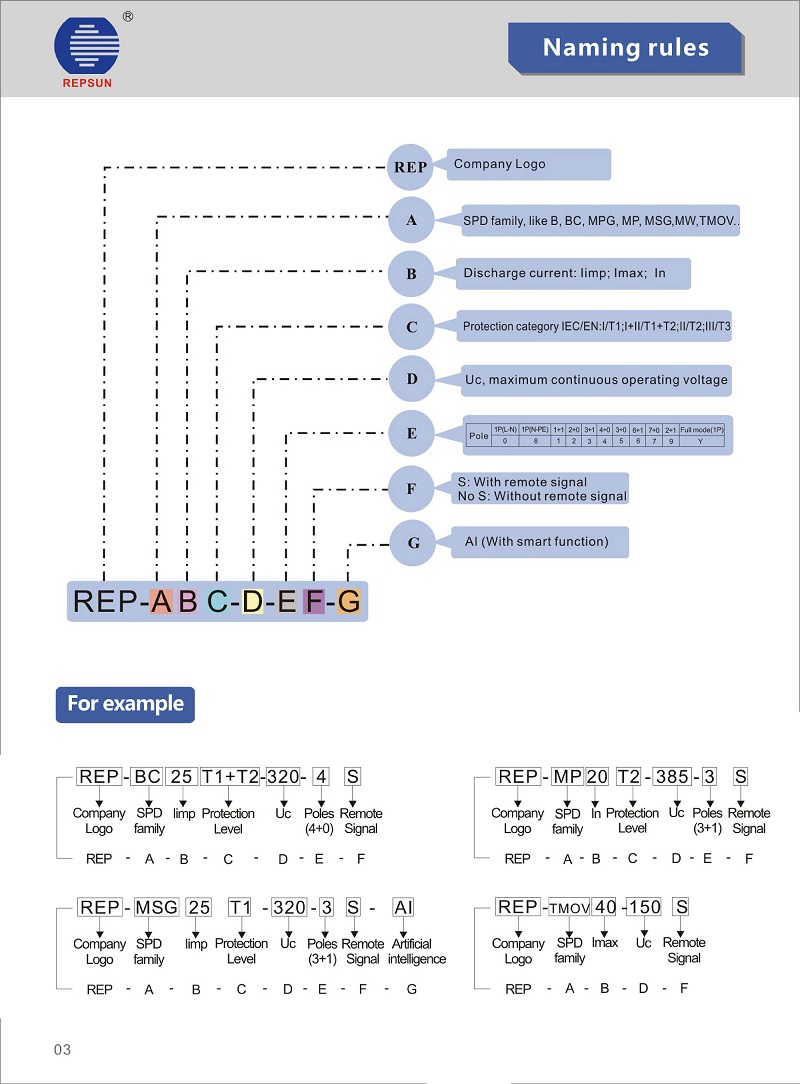 1.1: The technology of REPSUN lightning rod:

The latest technology based on early streamer emission.

1.2: The technology of conventional lightning rod:

Around 260 years’ old design based on Franklin technology;

A. The ionization device is charged via the lower electrodes using the ambient electrical filed (several million volts/meter when storms are prevalent). This means REPSUN ESE lightning rod system is a fully autonomous system requiring no external power supply.

B. The ionization phenomenon is controlled by a device which detects the appearance of a downward leader, the local electrical field increases rapidly when a discharge is imminent. REPSUN ESE lightning rod detects charges in the field, making it the first E.S.E. air terminal to react at the precise moment when the downward leader develops from the cloud to the ground.

C. Early triggering of the upward leader using a system of spark ionization between the upper electrodes and the central tip. REPSUN ESE lightning rod’s ability is to trigger an upward leader ahead of any other protruding point In the protected area ensures it will be the preferential point of impact for the lightning discharge.

What is smart SPD?

An SPD providing monitoring of its environment and communication capability(either locally or remotely) to provdie status of the SPD as well as lifetime expectancy and possibly other functions such as surge intensity, surge counter, surge time, leakage current, grounding resistance, grounding wire connectivity, temperature and humidity, etc.

Smart implies two things: interaction with other devices based on faraway communication(internet of things), and when possible a tape of analysis (to inform a user that is SPD has failed in nice, but why it has failed is smarter).

1: Why power SPD requires Fuse or Circuit breaker at the upstream of main supply?

Due to the fact that most of our SPDs have plastic housing and parts, in the event of a SPD short-circuited or overloaded, large amount of heat will be dissipated, the plastic housing or parts might become distorted, this might prevent the releasing mechanism to operate as SPD original design, and fail to disconnect from the main power. Therefore for double safety reason, additionally at the power SPD upstream we also installed a fuse or circuit breaker.

But REPSUN SPD doesn’t require Fuse or CB as there is a back-up fuse in REPSUN SPD already for double safety.